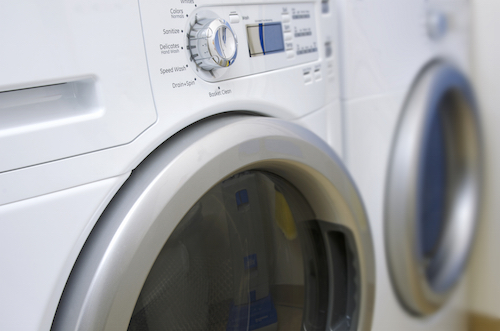 The U.S. Department of Commerce has issued a preliminary antidumping ruling to Samsung and LG in response to a petition filed by Benton Harbor-based Whirlpool Corp., which claims its overseas competitors have engaged in unlawful dumping of clothes washers in the United States.

As a result of the ruling, Samsung and LG will be required to pay cash deposits on clothes washers imported into the United States from their production facilities in China.

The Department of Commerce also decided to apply Samsung’s dumping rate retroactively 90 days to remedy what it says is the company’s recent efforts to stockpile washers. The cash deposit rate for Samsung is 111.1 percent, and the rate for LG is 49.9 percent.

“Today’s ruling is an important step forward in an effort to stop serial dumping practices by Samsung and LG and uphold free and fair trade practices,” says Marc Bitzer, president and CEO of Whirlpool. “At Whirlpool, we know that open, rules-based trade ensures the highest level of innovation and choice for consumers.”

The company outlined what it believed to be a pattern of Samsung and LG pricing below cost in a petition it filed in December 2015.

LG Electronics has announced that it disputes the methodology the U.S. Commerce Department used to calculate antidumping margins, and over the next few months, the company intends to explain to the department how and why its antidumping rates should be lower.

Samsung could not be reached for a comment in response to the claims.