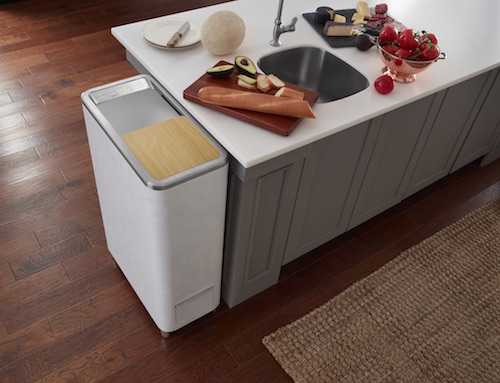 Benton Harbor-based WLabs, which is owned by Whirlpool Corp., will begin a test market launch for its Zera Food Recycler, a system that can convert food waste into homemade fertilizer, on Jan 6.

Zera, which is designed to fit alongside most kitchen countertops, uses oxygen, moisture, heat, a plant-based additive, and an agitator to accelerate decomposition of food scraps.

“With an estimated 40 percent of food in the United States wasted every year, the Zera system ensures that food waste can be converted into a homemade fertilizer, as opposed to being disposed into a landfill,” says Brett Dibkey, vice president of integrated business units at Whirlpool.

The test market launch will be supported through a campaign in partnership with crowdfunding platform Indiegogo. Starting in April, Zera will be available in select test markets including Austin, Chicago, and San Francisco.

Zera is the third product to be launched by WLabs. Earlier this year, the brand also launched the Vessi Beer Fermentor and Dispenser system.