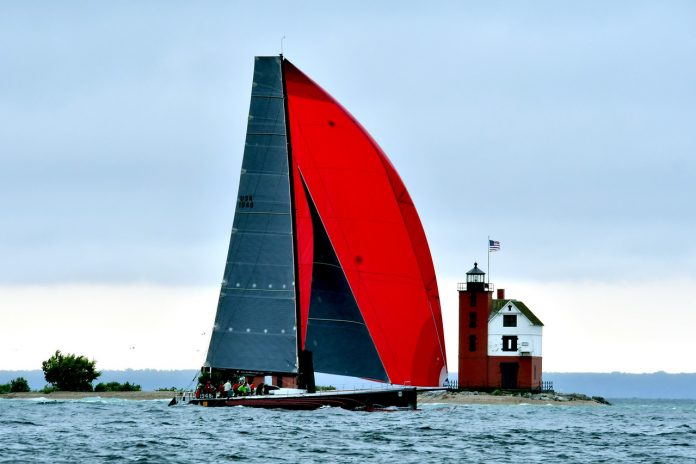 “Preparations for the 2018 Bell’s Beer Bayview Mackinac Race, both on the water and behind the scenes, is well underway. Boat owners and crews are hard at work preparing themselves and the boats for all the interesting challenges Lake Huron presents,” says Gary Shoemaker, chair of the 2018 race. “Currently, there are over 200 boats registered. We are welcoming many new participants, some old friends, and some boats we haven’t seen in a number of years back to the race.”

Comstock-based Bell’s Brewery returns for its eighth year as the title sponsor of the event.

“Our roots are Michigan, it’s our home state, and we embrace all it has to offer. We are so pleased to continue our partnership with Bayview Yacht Club and sponsor the 2018 Bell’s Beer Bayview Mackinac Race,” says Larry Bell, president and founder of Bell’s Brewery. “The passion that the boat owners and sailors possess is infectious. I am excited to be racing up Lake Huron again and look forward to all the festivities surrounding it.”

“We have some great partners in place, the strongest being Bell’s Brewery. This has allowed Gary, the race committee and Mackinac Race Authority to focus on the race, as well as off-water actives including those dealing with competition and safety,” says Bradford Kimmel, 2018 commodore of the Bayview Yacht Club. “The commitment from Larry and Bell’s the last seven years has been amazing. Larry has taken such an active role in the race and the awards party on Mackinac Island. We are fortunate to have a such a great partner.”

Approximately 2,500 sailors will take part in the annual regatta, with an estimated 75,000 fans attending the event. The sailors will be competing for either the J.L. Hudson Trophy for the Cove Island Course or the Canadian Club Classic Trophy for the Shore Island Course. The Corinthian Trophy will go to the boat with the best-corrected time in seconds per mile on either course with an all-amateur crew. The awards ceremony and party will be held on July 17 at Woodfill Park, located on the foot of the hill leading to the Grand Hotel.

To build up to the race Bell’s Oasis Tent will be in Port Huron, offering an assortment of live local music, Bell’s swag giveaways, activities, and the opportunity to have Michigan-made beer with the team from Bell’s Brewery. The tent will be open on July 12 and 13 from 3-11:30 p.m. both days.

“Like most major events, it is the people behind the scenes that make everything happen,” says Kimmel. “We count on our volunteers, the racer’s families, and the staff of Bayview to make this race a success.  I would also like to congratulate the Mackinac 2018 race chair, Gary Shoemaker, for the outstanding work he has done in getting this race organized to perfection.”

For the eighth year, fans can track individual boats of the entire fleet during the race at www.bellsbeer.com and www.bycmack.com.

The economic impact of the race on the communities involved is estimated between $30 million and $59 million.