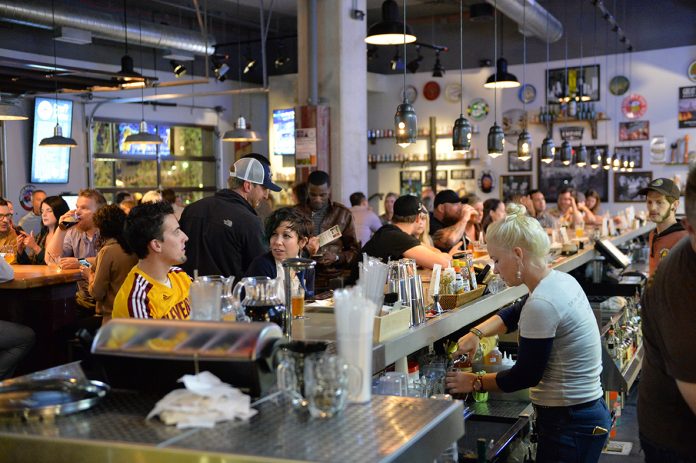 Slated to open in Novi this summer, Yousef Ayyash has finalized plans for the American craft beer bar franchise Beerhead Bar and Eatery to open its doors at 44375 W. 12 Mile Road at Fountain Walk.

With nearly 500 brands of beer available to customers, and with plans to expand the selection to offer more local choices, Beerhead’s goal is to expose customers to American craft beer, spirits, and beverages from around the world. The franchise also will offer a lunch and dinner menu that will feature food highlighting locally sourced ingredients.

Ayyash is working with his wife, Kelly, and brother, Abdel, to launch the Novi location. Ayyash, who immigrated to the United States from Jordan at age 18, has worked in a range of businesses. After growing up with a family passionate about food and drink, and finding success in the food and beverage industry, he invested in the Beerhead franchise.

“I am very excited to bring this concept to Novi residents,” says Ayyash. “Michigan has one of the best craft beer markets in the nation, and I plan to utilize the many great local breweries we have around us.”

Beerhead was founded in 2012 as The Beer Market. The brand began franchising in 2015 and currently has seven locations. It is expanding in Michigan, Illinois, Indiana, Wisconsin, Ohio, Pennsylvania, and surrounding areas. Beerhead estimates it will open 30 stores in the next four years.