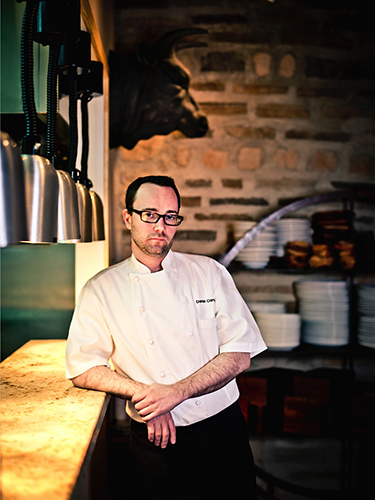 Executive Chef Daniel Campbell, formerly of the award-winning Roast restaurant, is joining Beau’s, the new venture at the northwest corner of Maple and Telegraph roads in Bloomfield Township, the site of the former Beau Jack’s.

“We have a very reputable brand, and people have very high expectations for what we’re going to do next,” says Zack Sklar, chef and owner of Peas & Carrots Hospitality, owner and operator of the new restaurant. “In order to maintain that level of quality, (I wanted) to hire managers who have experience in high-volume, high-quality restaurants.”

Sklar describes Roast — honored by Hour Detroit readers in several “Best of” categories for 2013, including best steakhouse and restaurant for general excellence — as a “food-first company,” with a similar culture and expectations to Beau’s.

Sklar also has hired Sherie Ritzler as general manager. She was previously the director of operations at Spice Market in New York City. “That restaurant probably brings in (millions) of dollars a year, so if she can handle that kind of volume and maintain those quality of standards, I’m very confident she can do the same with me,” Sklar says.

“We look outside of Detroit for people that have a fresh take on things, so the majority of my management team is actually not from Detroit but from bigger markets like Las Vegas, California, or New York,” Sklar says, adding that he expects to employ about 75 people at Beau’s.

Expected to open in late summer, the restaurant will feature three wood-fired grills and a large selection of rotating side dishes. “The side dishes are really going to be the fun part of this restaurant,” says Sklar. “You can get a great rib-eye steak at Cameron’s (in Birmingham) or five or six other places, but these side dishes are constantly rotating. At Beau’s, you pick your protein off the grill (prime rib, lamb chops, white fish, etc.) and then choose your side dish, anything from something as simple as homemade sweet potato fries to something like quinoa fried rice.”

Beau’s doesn’t aim to be a high-end restaurant, but rather “somewhere that people are people are going to want to hang out,” Sklar says. There will be a piano bar with traditional décor similar to the Roosevelt Hotel in Los Angeles, he says.

The facility will accommodate more than 175 guests, and if a new parking plan is approved by the township, there will be an outdoor café by next year, Sklar says.