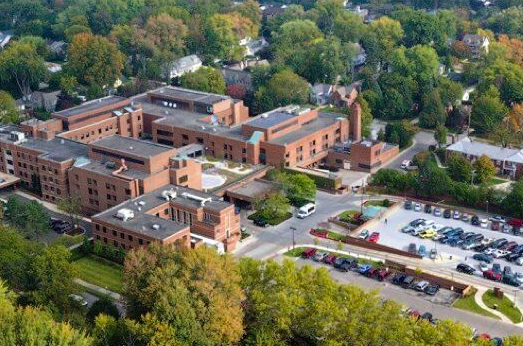 Before receiving the award, a three-day on-site survey was conducted. Surveyors said they noted exceptional physician involvement and what was described as the best cooperation between physician and staff they had ever seen.

The hospital’s Spiritual Care program was singled out as comforting, accessible, and capable. The Palliative Care program, including end-of-life care via hospice and the “No One Dies Alone” program was described as exceptional. One surveyor specifically noted that all staff were “calm, welcoming, accepting, and comfortable in expressing their opinion, indicating there is a true culture in the Grosse Pointe hospital.”

“It’s an honor and a privilege to be awarded the distinguished Magnet designation. Beaumont Grosse Pointe has provided high-quality, compassionate health care for the communities we serve for many years,” says Anne Stewart, Beaumont Hospital Grosse Pointe’s chief nursing officer. “Our nurses are empowered to ask questions and explore new and better ways of serving our patients through evidence-based research.”

The process to receive the distinction began in spring 2015 with a gap analysis that signified the hospital was ready to start the preparation process. Following that, Randy Whitney was hired as a Magnet program director. Whitney began compiling a 350-page document that detailed the ways in which the hospital’s nursing team supports the professional standards of Magnet.

Rick Swaine, president of Beaumont Hospital, Grosse Pointe, credits the hospital environment to the entire staff of the building. “We are proud to receive this prestigious recognition of the efforts put forth each and every day by our nurses, physicians, and all who support the care of patients,” says Swaine. “Their commitment is what makes our hospital such a special place for patients to receive their care.”

Also included in the selection process was feedback from patients and families who were selected at random. One family member, who selected the hospital and a physician based on online reviews, said “we couldn’t be happier” with the results.

Thirteen other Michigan hospitals have received the Magnet designation, including Beaumont Hospital, Royal Oak, in 2004, which was the first hospital in Michigan to be recognized, and Beaumont, Troy, which received the distinction in 2009. There are 472 Magnet hospitals worldwide.