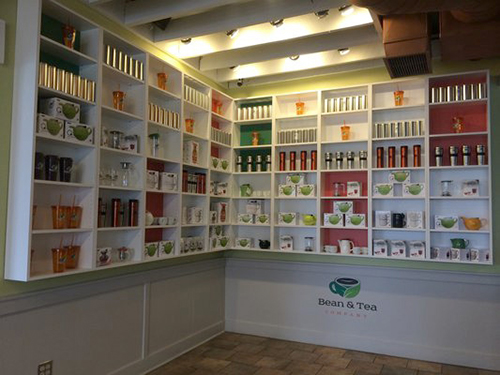 Plymouth-based Bean and Tea Co. is opening a location in Clarkston this June following a year of rapid expansion throughout metro Detroit. The first store opened in Troy (3495 Rochester Road) in January, followed by a second location in Madison Heights (1413 W. 14 Mile Road) in April.

Each store offers two, continuously brewed coffees daily — one blend is made from four parts South American and one part African, while the other, called Portofino, is made from a darker, roasted Italian blend. Other offerings include a pour-over option of select coffee blends, along with a full line of espresso-based drinks.

In addition to roasting all of the beans in Michigan, the stores offer a selection of latte, hot chocolate, hot caramel, frappes, iced beverages, and smoothies. Each store also offers free Wi-Fi.

“Bean and Tea is thrilled to get off the ground and running like it has,” says Jill Crawford, the company’s regional manager. “It’s a great feeling to have success when trying to build up a brand, and we hope to continue to move forward.”

Crawford says the company — which brews two types of coffee and offers 25 varieties of loose leaf tea selections— is priming itself for statewide and, potentially, national expansion. “Bean and Tea currently has its eye on a few locations in Royal Oak and Dearborn,” which the company hopes will be “up and running as quickly as the other two stores were.”

From its sponsorship of community events, like Troy’s upcoming Relay for Life, to its Plymouth-based roaster and dedication to buying Michigan-grown products, Crawford says Bean and Tea prides itself on its commitment to greater Detroit-area community.