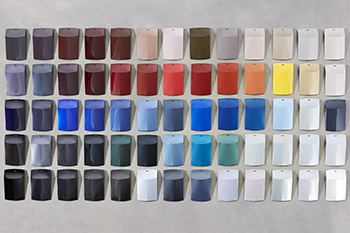 BASF, a global automobile supplier of industrial coatings and decorative paints and operates a large technical center in Southfield, offers predictions for 2020 and beyond, based on research by the company’s designers.

“My inspiration behind this year’s colors was the continuous change in society and the importance of finding new perspectives and looking at things differently,” says Paul Czornij, head of design for BASF’s color excellence group.

Czornij’s top three-color predictions for North America that could influence vehicle coatings for the 2020 model year and beyond include:

“The change in the urban areas has been a prominent feature in our societal analysis for the last three color collections,” Czornij says. “For a long time, city centers in the United States have been seen as unattractive and undesirable but that’s all changing as artists, designers, musicians, and others seize the opportunity and make their homes once again in the city.”

On a global level, he predicts a mix of chromatic colors and natural hues, exemplifying the contradiction of the search for authentic experiences in urban areas.