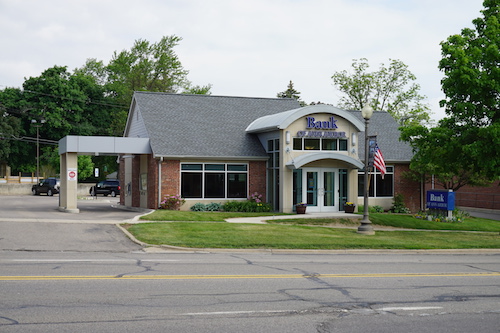 Arbor Bancorp Inc., the holding company for Bank of Ann Arbor, has entered into an agreement to acquire Bank of Birmingham, which is owned by holding company Birmingham Bloomfield Bancshares Inc. The acquisition is valued at $33.3 million.

The transaction, which is expected to be complete by year-end, is subject to closing conditions, including the approval from the shareholders for Bank of Birmingham.

“We have been looking for strategic opportunities to expand Bank of Ann Arbor into Oakland County and believe we’ve found the perfect partnership with Bank of Birmingham,” says Tim Marshall, president and CEO of Bank of Ann Arbor.  “This acquisition provides us with the beginnings of a well-established and highly respected footprint in Oakland County.”

The combined organization is expected to have $2.5 billion in total assets, and 225 employees across eight locations in Washtenaw, western Wayne, and Oakland counties.

Following the transaction, Rob Farr, president of Bank of Birmingham, will hold his position at the Birmingham location.

“(The merger) will greatly expand our lending capabilities in our primary market of Oakland County and will allow us to use Bank of Ann Arbor’s infrastructure to meet the growing compliance and regulatory burdens, freeing us to focus on our clients,” he says.

As of March, Bank of Birmingham had nearly $274 million in assets, $227 million in loans, and $250 million in deposits in the Oakland County market.

Founded in 1996, Bank of Ann Arbor has $2.2 billion in total assets and assets under management.

The bank also recently acquired and integrated two other financial services organizations, including the former New Liberty Bank in Plymouth in May 2010 and UniFi Equipment Finance in Ann Arbor in January 2013.