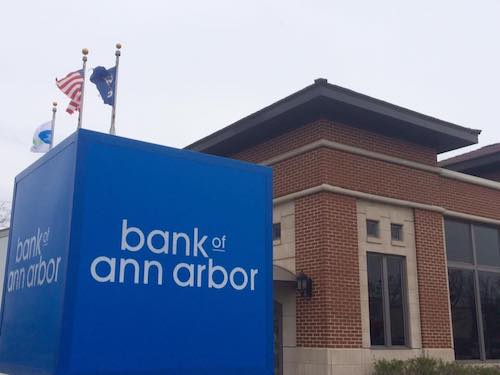 The Bank of Ann Arbor has completed its merger with the Bank of Birmingham, giving the bank the early stages to expand on an established footprint in Oakland County, and to bring its technology banking group, mortgage lending platform, and investment management services to the area.

“We have been looking for strategic opportunities to expand Bank of Ann Arbor into Oakland County and have found the perfect partnership with Bank of Birmingham,” says Tim Marshall, president and CEO of Bank of Ann Arbor. “By bringing together two high-performing and like-minded community banks who share a commitment to serving their local communities, we will continue to provide individuals and businesses with excellent service and a full range of financial services.”

The combined organization is expected to have approximately 225 employees across eight locations in Washtenaw, western Wayne and Oakland counties, and approximately $2.7 billion in combined total assets.

Bank of Birmingham will continue to operate under the current name until core banking systems have been integrated in the next few months.

In July 2016, the two financial institutions entered a definitive merger agreement, under which shareholders of Bank of Birmingham will receive $16.50 per share in cash for each share of common stock outstanding, resulting in a total transaction value of approximately $33.3 million, including paying off outstanding warrants and stock options.

Jenny Meier, a 10-year veteran of the Birmingham Bank and most recently the executive vice president and chief lending officer, will become the Birmingham district president for the new organization. Meier will succeed Robert Farr, president and CEO, who opened the bank 10 years ago and was one of the catalysts in finalizing this partnership between the two banks.