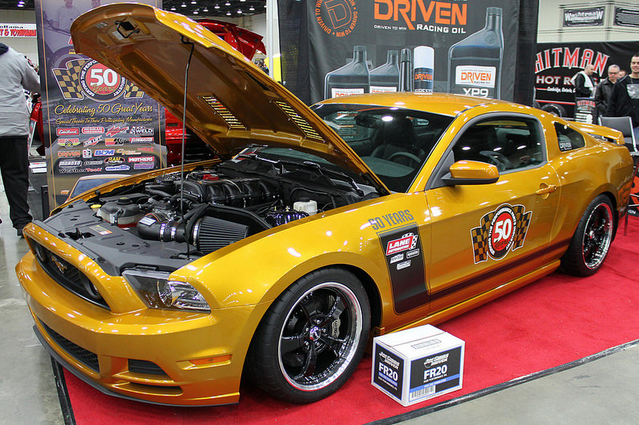 The 63rd Autorama, a showcase of custom cars, opens today at Cobo Center in Detroit and runs through Sunday, and features more than 1,000 cars from across the country.

“(Detroit is) where a best car is shown for the first time ever,” says Linda Ashley, a spokeswoman for the event, referring to the Ridler Award, a best in show award that separates Detroit’s Autorama from other classic car shows. “It cannot be unveiled anywhere else in the country anytime before (the event),” she says.

“Some of the top car builders and customizers in the country such as Chip Foose, who does a very popular show called Overhaulin,’ will bring up their new car to compete for the Ridler. We have some cars coming as far as Vancouver, Texas, Florida — all across the country to compete for that top honor.”

Ashley says some of the cars are worth more than $1 million.

The event, produced by Championship Auto Shows Inc. in Auburn Hills, will include cars used in the Fast & Furious movie and live demonstrations by legendary customizer Gene Winfield. Celebrity guests include Danny Koker and Kevin Mack from the History Channel’s Counting Cars, and Richard Rawlings from the Discovery Channel’s Fast N’ Loud.

“We are delighted to have this amazing collection of movie cars at this year’s Autorama,” says Peter Toundas, show manager and president of Championship Auto Shows. “These souped up performance cars look great and show goers are really excited to see them.”

A career day for high school and college-level students from Michigan and Ohio will be held today with activities that include interactive learning experiences in automotive design, engineering, manufacturing, welding, and more.

“The career day started about 10 years ago and has grown exponentially. It really helps to keep the world of car customizing alive,” Ashley says.