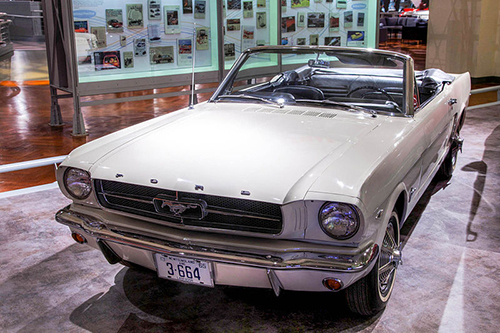 The lineup for the 2014 Autopalooza — a series of races, shows, and cruises that celebrate the region’s rich automotive heritage — will be unveiled on Monday.

Kicking off with the Chevrolet Detroit Belle Isle Grand Prix May 30 to June 1, the summer series of activities will be comparable in size to last year’s promotion, which was touted as the “biggest and best lineup yet,” says Brian Yopp, director of operations and community liaison at MotorCities National Heritage Area, which started the program with the Detroit Metro Convention & Visitors Bureau in 2008.

“Autopalooza supports the partnership of major automotive events across the MotorCities National Heritage Area,” Yopp says. “The partners are able to share marketing, dollars, and strategies with each other to offer more cohesive and powerful events. We’re also giving them the opportunity to cross-promote.

“So you may hear about (Back to the Bricks) in Flint while you’re at an event in Westland. That’s the power of the promotion.”

For more details about the following Autopalooza dates, click here.