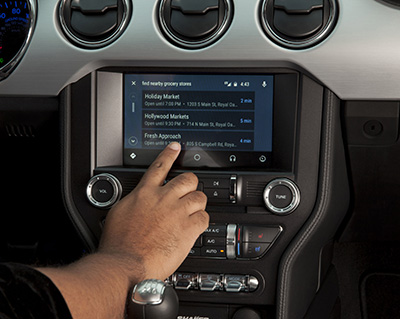 “The true benefit of a common smartphone app communications interface is that it creates an industry standard — enabling great experiences for customers while allowing different companies the freedom to differentiate their individual brands,” says Don Butler, executive director of connected vehicle and services at Ford.

Butler says automotive suppliers QNX Software Systems and UIEvolution Inc. have plans to integrate the technology into their products, while Honda, Mazda, and Subaru are all considering adding the software.

He adds SmartDeviceLink-equipped vehicles allow drivers to use smartphone apps such as Spotify and iHeartRadio, using display screens, buttons, and voice recognition commands. The technology is expected to be equipped on more than 33 million vehicles by 2020.

Later this year, Butler says the automaker will introduce the next version of AppLink based on SmartDeviceLink software, allowing customers to access their favorite navigation app on in-vehicle touch screens.

Starting this year, Butler says owners of SYNC 3-equipped vehicles will have more choice in how they access their smartphones in the car. iPhone users can activate Apple CarPlay, while Android users can activate Android Auto. He says the new SYNC Connect technology powered by 4G LTE gives owners the ability to remotely access features of their car such as remote start and locating a parked vehicle.

In North America, Ford is making Apple CarPlay and Android Auto available on all 2017 vehicles equipped with SYNC 3, starting with the all-new Ford Escape.