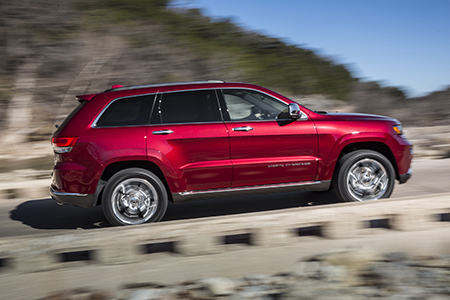 December proved to be a strong month for automakers with each of Detroit’s Big Three reporting year-over-year sales gains for the month. For 2014, all but Ford Motor Co. recorded sales increases, though the automaker had to retool its assembly operations to prepare for the launch of the 2015 F-150 with its all-aluminum body.

“Everything you need to have a great month was in place: Consumers felt good about the direction of the economy, interest rates and fuel prices were low, and our dealers did a great job,” says Kurt McNeil, U.S. vice president of sales operations for General Motors Co.

The Detroit-based automaker delivered 274,483 vehicles last month, up 19 percent compared to a year ago, and 2.9 million for the entire year, up 5.3 percent when compared to 2013.

FCA US, formerly Chrysler Group, reported U.S. sales of 193,261 units, a 20 percent increase compared with sales in December 2013. Overall, the Auburn Hills-based automaker sold more than 2 million vehicles in 2014, up 16 percent when compared to 2013.

“Our best December sales in a decade pushed our full-year sales over the 2-million unit threshold for our best annual sales since 2006,” says Reid Bigland, head of U.S. sales. “Last year marked our fifth consecutive year of annual sales growth in the U.S., and once again, we were the fastest-growing automaker in the country.”

In Dearborn, Ford Motor Co. recorded 2.5 million sales in 2014, down .5 percent from 2013. Ford officials attributed the slight decline to the F-150 changeover and a planned 15 percent reduction in daily rental sales.

At the same time, the automaker experienced its best December sales since 2005, with 220,671 U.S. deliveries, up 1 percent from a year ago.

“Fusion and Escape posted record years, and our newest products — including Mustang, Transit, and Lincoln — are attracting strong customer demand,” says John Felice, Ford’s vice president of U.S. marketing, sales, and service. “Demand for the all-new F-150 also is very high, and it now is the fastest-turning vehicle in Ford showrooms, averaging just five days on dealer lots in December.”