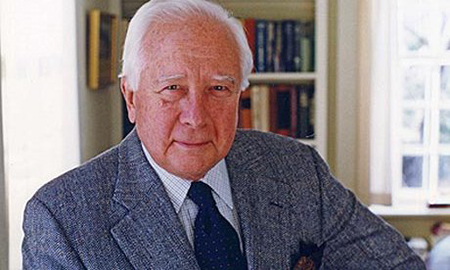 Two-time Pulitzer Prize winner David McCullough will speak at the Henry Ford in Dearborn on June 10 to discuss his new book, The Wright Brothers. McCullough researched the book at the Wright Brothers’ bicycle shop, which was relocated to Greenfield Village.

“It really helps us (at the Henry Ford) feel good about what we’re doing here with these artifacts because (McCullough) said many times how important it is to still have those buildings, and how grateful he is that we’ve been able to preserve them,” says Matt Anderson, curator of transportation at the Henry Ford.

The Wright Brothers tells the story of Orville and Wilbur Wright leading up to their first manned flight at Kitty Hawk, N.C. on Dec. 17, 1903, as well as that of their sister, Katharine, who contributed to many of their projects. In his research, McCullough examined private diaries, notebooks, scrapbooks, and family correspondence.

“To stand in the actual space, it helped (McCullough) to fill out in his own mind the story of how the Wright brothers were working and the limitations they worked with, and the advantages, too, with their cycle background,” Anderson says.

The Wright Cycle Shop, originally located in Dayton, Ohio, was used to manufacture and service bikes, as well as build their aircraft.

Anderson says it was impressive to watch McCullough walk into the house and “read the room.”

Anderson says the author was drawn to a desk in the shop, which is believed to be the desk the Wright Brothers wrote to the Smithsonian “asking for everything they knew about aviation, as the Wrights were just getting started and studying the field.”

McCullough has written tomes about John Adams, Harry Truman, each of which were Pulitzer Prize-winning books, and the creation of the Panama Canal, among other topics in American history.

Tickets for the lecture go on sale on today and can be purchased by visiting http://www.thehenryford.org/events/DavidMcCullough.aspx or by calling 313-982-6001.