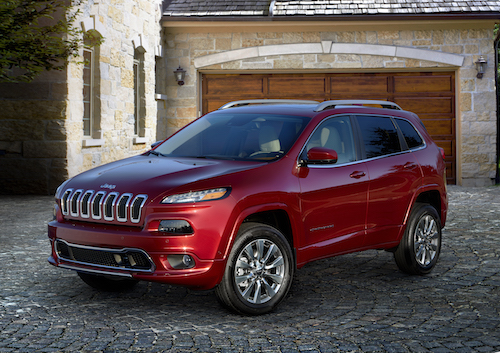 FCA today reported U.S. sales of 196,756 units, a 3 percent increase compared with sales in August 2015. GM’s total sales in August were down about 5 percent year over year to 256,429 vehicles, and despite Ford Motor Co.’s Lincoln sales rising 7 percent in August versus a year ago and the company’s vans reaching best-ever August sales, Ford saw a decrease of 8 percent in its overall sales.

The Ram Truck brand was also up with the Ram ProMaster and Ram ProMaster City vans each recording year-over-year sales increases for the month.

Although GM saw a decline in sales for August, through the first eight months of the year, the company’s retail sales are up 1 percent, which continues to be the largest retail share gain of any full-line automaker.

GMC’s Yukon and Yukon XL had their best August since 2007, with 43 percent and 66 percent sales increases, respectively. Year to date, Buick retail deliveries have grown 3 percent and Buick has gained 0.1 percentage points of retail share.

Year to date, Chevrolet also posted its best retail sales performance since 2007, with retail sales up more than 2 percent.

Company officials say the growth of retail sales for Ford’s Lincoln brand is due to a 55 percent retail increase in Lincoln MKX sales and an 8 percent uptick in MKZ retail sales.

“Strong sales of high-end Lincoln vehicles and Ford SUVs also helped us continue outpacing the industry in average transaction pricing, which increased $1,200 versus a year ago,” says Mark LaNeve, vice president of U.S. Marketing, Sales, and Service at Ford. “Vans continue to be a bright spot for Ford — a consistent growth story for us this year.”