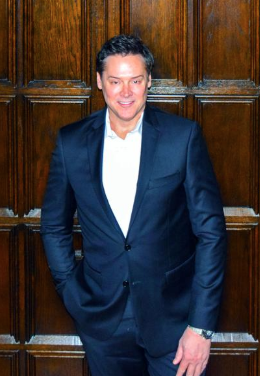 “As you recall, in early October we announced senior executive changes that underscored the depth of expertise we have leading FCA,” says Mike Manley, CEO of the automaker. “That team is now fully engaged across our regions, brands, and functional groups, focused on delivering our five-year business plan commitments.

“These moves help bring critical skills to key roles, including external perspectives to broaden our frame of reference as we continue our relentless pursuit of best practices in everything we do.”

Stewart moved to FCA from Amazon, where he was vice president of operations, overseeing customer fulfillment across 200 facilities with 180,000 employees. He led teams focused on robotics, artificial intelligence, and automation methods. Stewart previously served as COO of automotive components supplier ZF TRW, and his background is in electrical engineering. He will join the group executive council.

Golightly’s most recent position was vice president of external relations Americas at Shell Oil Co., where he developed and led the implementation of reputation, brand, and stakeholder engagement and communication strategies for the company’s business lines in North and South America.

Before that, Golightly was vice president of communications and sustainable development for Royal Dutch Shell’s worldwide Downstream business, based in London. He also held roles at Ford Motor Co., including vice president of public affairs for Ford of Europe. Golightly will also join the group executive council.

Keegan previously served as global head of communications and is replacing Alessandro Baldi, who intends to retire in the first quarter of 2019. The two will work together to ensure a smooth transition. Keegan will continue to serve on the group executive council as its coordinator.

Manley took over after Sergio Marchionne, former CEO of FCA, stepped down and later passed away following complications after surgery in July.