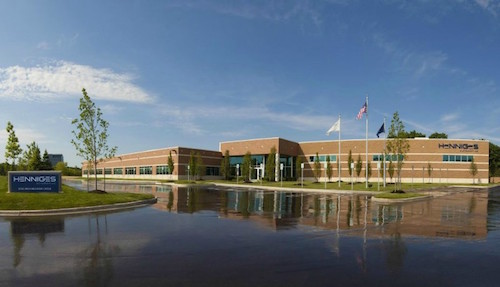 Henniges Automotive Holdings Inc., a supplier for the automotive industry based in Auburn Hills, has announced plans to open a manufacturing plant in Prudnik, Poland.

“The Prudnik plant will allow us to be more competitive in the region,” says Boris

Gavric, global vice president of sales and marketing. “At the same time, it provides us with an opportunity to invest in a small town that industry has abandoned.”

The new plant, which will initially occupy more than 50,000 square feet of space, will manufacture Henniges product lines of sealing and anti-vibration components.

With the addition of the new facility, which is projected to open in the fall, the company expects to add more than 500 workers over a five-year period.

Prudnik is 93 miles north of the company’s Hranice plant in the Czech Republic.

“Opening a plant in Prudnik enables us to build on the expertise of our plant in the Czech Republic,” says Ann Budin, Henniges’s vice president of European operations.