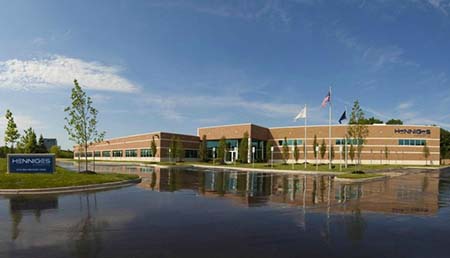 Auburn Hills-based automotive supplier Henniges Automotive Holdings Inc. has begun construction on a new manufacturing facility in Gómez Palacio, a city in mid-central Mexico. The 323,000-square-foot facility is the company’s fourth in Mexico. It is expected to be operational by 2016.

“This new facility gives us an opportunity to exceed key customer demand locally, while adding to our presence worldwide,” says Larry Rollins, vice president of global manufacturing for Henniges. “Based on an uptick in regional business for our leading dynamic sealing solutions, paired with the growth of the automotive market in Mexico and the rest of Latin America, we’re confident this facility will serve us and our customers well.”

The plant will be used to produce automotive sealing systems, including dynamic, beltline, and glass run seals. It will also be used to manufacture anti-vibration systems, such as bushings, exhaust-hanger systems, and center bearing.

Rollins says there are a large number of highly skilled workers in Gomez Palacio, along with universities and technical institutes. He says Henniges plans to tap into the city’s talent pool.

In turn, Henniges will open a new office in Munich, Germany this month, as well as a technical and tooling center in Beijing in September. The company has more than 7,100 employees worldwide.