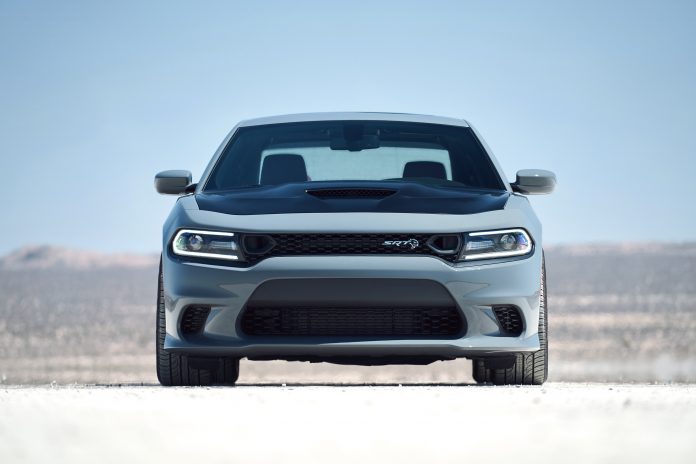 Dodge SRT announced today that it is revamping its entire Charger lineup for 2019. The Auburn Hills automaker is repositioning the Charger lineup to include six models that offer a range of performance and powertrain options.

For example, the Charger GT and R/T models will receive a full complement of race-bred chassis upgrades and features along with new performance looks, such as a performance hood with air induction, styled fascia, sculpted side sills, deckled spoiler,and seats.

Most notable is the SRT Hellcat, which features a 707-horsepower engine that delivers 650 lb.-ft of torque.

“Despite a shift toward utility vehicles in the United States over the past decade, the Dodge Charger and Challenger continue to buck the trend,” says Steve Beahm, head of passenger car brands at Dodge SRT. “Charger and Challenger retail sales have increased 70 percent since 2008, and since the launch of Scat Pack in August 2014, high-performance model sales increased from 4 percent to more than 25 percent.

“Charger is on track to lead the large car segment in the United States for the fifth straight year in 2018, and we intend to keep that string alive by updating the product to deliver the performance and capability that our customers demand.”

The six models include the SRT Hellcat, the R/T Scat Pack, the R/T, the SXT AWD, the GT and the SXT. The Hellcat leads the way with a 6.2-liter HEMI V-8 engine, while the SXT model offers a 3.6-liter V-6.

Dealer orders for the 2019 Dodge Charger open next week, and vehicles are scheduled to arrive in Dodge dealerships in the third quarter of this year.