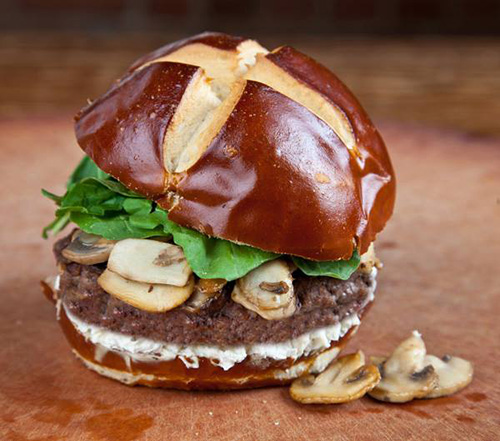 Ypsilanti-based Aubree’s Pizzeria & Grill will open stores in South Lyon and Grand Blanc, in late spring and July, with the franchise planning to have nine units in operation by the end of the year including another location in southeast Michigan.

“Our short-term plan is to (grow) in Michigan, and our long-term plan is to look into Ohio and Indiana,” says Andrew French, president of Aubree’s. Each new restaurant will employ approximately 60 people.

French says the restaurant, which opened its first eatery in Ypsilanti’s Depot Town in 1982, wasn’t originally anticipated to become a franchise.

“It started off as a neighborhood corner bar and, (and) throughout the years (the owners) made a strategic decision to move away from serving predominantly alcohol and into the food side of the business,” French says. “From there, we caught a lot of success and decided that we had something worth expanding.”

What separates Aubree’s from competitors has much to do with the restaurant’s sit-down format, French says. “If you look at most business models for pizzerias, the majority of operators primarily focus on delivery and carry out. We saw an opportunity to complement our signature pizzas with high quality burgers and a more expansive menu, while focusing on creating a family-friendly atmosphere.”

Customer feed back has guided much of the company’s growth strategy, says Tammy Fiddie, director of franchise development and support. She adds those conversations led to the inclusion of gluten-free pizza and Michigan craft beers.

Besides its original location in Ypsilanti, Aubree’s also has locations in Dexter, Howell, and Northville Township as well as Marquette in the Upper Peninsula.

In other industry news, BarFly Ventures in Grand Rapids announced Wednesday it will spend $3.3 million to open a HopCat location in Midtown, at the southwest corner of Woodward and Canfield (just south of the Whitney Restaurant). HopCat, with locations in Grand Rapids and East Lansing, offers 130 beers on tap, with an emphasis on Michigan craft beers, along with wine and spirits.

In addition to a first-floor restaurant, the Detroit location will offer an outdoor beer garden and a second-floor live music venue. The project, set to open later this year, is being designed by McIntosh Poris Associates in Birmingham. Most recently, the two-story structure was home to Agave Restaurant.