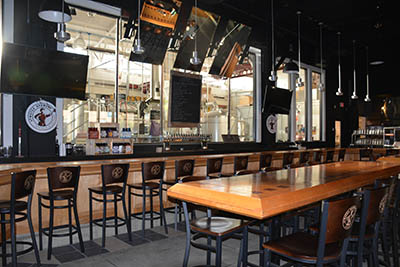 Detroit-based Atwater Brewery will open a new biergarten and taphouse, located next to its brewery on Joseph Campau in Detroit. Rustic in its design, the space will feature exposed brick walls dating from 1919 when the facility opened as a parts manufacturing facility for the automotive industry.

“We’re especially excited with this new space because it’s an opportunity to connect with customers in our home market, and it also allows us to showcase our main brewery,” says Mark Rieth, owner of Atwater Brewery.

Rieth says the 5,000-square-foot space will open next week and includes a 25-seat bar spanning the length of the brewery. The 125-seat venue will offer private dining space along with community seating. Called the Atwater Biergarten and Taphouse, the venue will have 20 beers on tap, along with offering spirits, wine, and hard cider.

“We’ve said all along that we want to ‘bring Detroit everywhere,’ and now we’re bringing it to the most important place of all — home,” Rieth says. “We’ve incorporated our heritage into the DNA of the place and we look forward to sharing our home with all of metro Detroit over the coming years.” 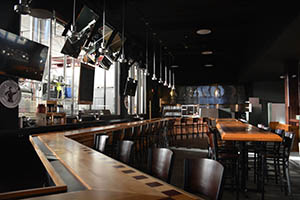 “Our new space is very Detroit-esqe,” Rieth says. “There’s a pallet wall we created near the merchandise area, we restored the original concrete floors, and we really see the biergarten and taphouse connecting to all of the great things that are happening in the east riverfront, downtown, Midtown, Lafayette Park, Indian Village, West English Village, and the surrounding neighborhoods.”

Rieth says over the past two years, Atwater has expanded its production capabilities to more than 40,000 barrels a year, distributed to more than 30 states and Canada, and opened a biergarten and taphouse in Grosse Pointe Park, called Atwater in the Park. Atwater plans to open another biergarten and taphouse concept in Grand Rapids in the spring inside the historic Rowe Hotel.

Atwater will hold a public grand opening celebration at its new tap house in Detroit from 4 p.m.-6 p.m. on Nov. 25 with $1 beers.â€‹