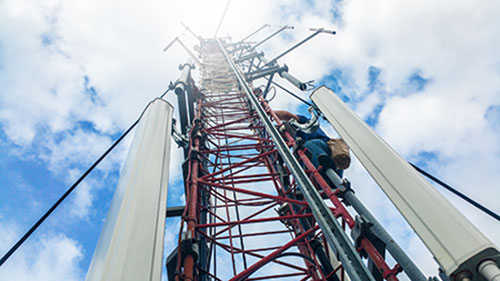 Texas-based AT&T Tuesday announced it has invested more than $1.3 billion in its wireless and wired networks from 2015-2017 in Michigan. Of this, nearly $650 million went to networks in metro Detroit.

The wireless carrier says the investment boosted reliability, coverage, speed, and overall performance. The company also is building out its 4G LTE network to lay the foundation for 5G, or the next generation of wireless service.

“Our customers expect to have access at any moment, from almost any device — almost anywhere,” says David C. Lewis, president of AT&T Michigan. “And we’re investing heavily to deliver faster, more reliable, highly secure connectivity in order to meet — and exceed — those expectations for residents throughout the state.”

In 2017, AT&T made nearly 1,000 wireless network upgrades in Michigan, more than 350 of which were in the Detroit area. Upgrades included adding new cell sites, additional network capacity, and new wireless high-speed internet connections.

“For Michigan to continue to thrive and attract new jobs and innovation, sustained investment by the private sector is crucial,” says Jim Byrum, president of the Michigan AgriBusiness Association. “By continuing to build state-of-the-art infrastructure across our state – both in our urban centers and rural communities — AT&T is making business growth possible and ensuring that our residents have the tools to stay connected and entertained.”

AT&T Fiber is marketed to more than 225,000 customer locations in Michigan, and AT&T has the largest fiber network within its 21-state wireline footprint. The company is the largest U.S.-based provider of fiber for business services and markets a 1 gigabit connection on its 100 percent fiber network to 9 million locations across 71 major metro areas nationwide. It plans to reach at least 14 million locations across at least 84 metro areas by mid-2019.