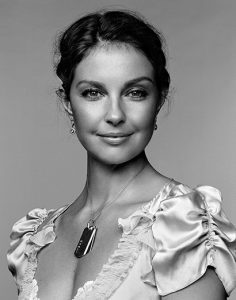 Ashley Judd, an Emmy- and Golden Globe-nominated actress, will provide the keynote address at a gathering of top women leaders from throughout the world to be held at the Lansing Center from Sept. 25-27.

Judd will speak on igniting passion for becoming a local, national, or world leader on Sept. 27 during the lunch session of the Athena International 35th Anniversary Leadership Conference.

As an actress, Judd is known for her performances in movies such as Ruby in Paradise, Where the Heart Is, Simon Burch, De-Lovely, and Divine Secrets of the Ya-Ya Sisterhood. On stage, she has starred in the award-winning plays Picnic and the revival of Cat on a Hot Tin Roof.

The United Nations Population Fund recently appointed Judd, who works with programs that focus on poverty alleviation, public health, human rights, and social justice, as a Goodwill Ambassador. She also has addressed the General Assembly of the United Nations on the modern slave trade, and testified before the Senate Foreign Relations Committee on the need to prevent the spread of HIV to girls and women.

“Ashley Judd has done so much, on a global scale, in promotion of women’s rights and empowerment,” says Sarah Jennings, conference chairperson and past president of Athena Win, Lansing’s local affiliate.

The conference also will feature professional networking and collaboration opportunities along with presentations on such professional development topics including leadership, business innovation, and empowerment.

Registration and sponsorship information is available at athenaignite.com.