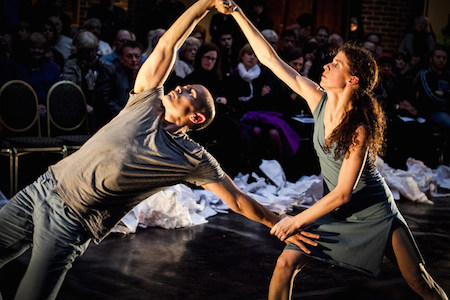 Organizers of the 10-day “Art X Detroit: Kresge Arts Experience” today announced that the biennial event is returning in April to nearly 20 venues throughout Midtown and, for the first time, downtown Detroit and Eastern Market.

“In cultural hubs along Woodward Avenue from Midtown to downtown and in the unique spaces in between, Art X will show the world, once again, that Detroit is rich in its artists and that this community values the fruits of their craft,” says Rip Rapson, president and CEO of The Kresge Foundation, the event’s sponsor.

The third edition of Art X Detroit, to held at participating venues over a period of three weekends (April 9-12, 16-19, and 25-26), will feature a collection of dance, literary, musical and theatrical performances, film screenings, visual arts installations, workshops, panel discussions, and interactive experiences created by the 2013-2014 Kresge Eminent Artists and Artist Fellows.

“The expanded festival programming and footprint speaks to the commitment of Kresge to bring the arts to our city and will showcase this cadre of artists, many whom are committed to making a difference within their communities,” says Sue Mosey, president of Midtown Detroit Inc., the organization that oversees the event.

Participating venues include the Museum of Contemporary Art Detroit, the Detroit Institute of Arts and Detroit Film Theatre, the Charles H. Wright Museum of African American History, the Detroit Symphony Orchestra Music Box, the College for Creative Studies, and other venues in Midtown’s Cultural Center.

Among the new venues for this year are the Detroit Opera House, the Garden Theater, Cass City Cinema, Salt & Cedar, and Trinosophes.