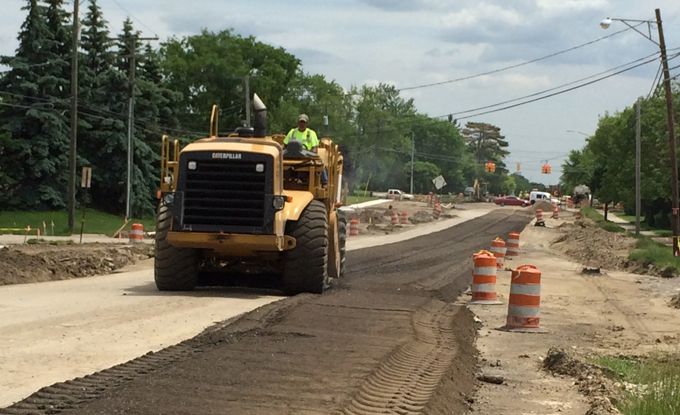 Fishbeck, Thompson, Carr, and Huber, an architectural firm with
eight offices throughout the Midwest, is opening a new office in
Detroit. FTCH has more than 60 years of experience on many
projects, including road construction to improve traffic flow.

Fishbeck, Thompson, Carr, and Huber, an architectural engineering firm in Novi with more than 60 years of experience, has announced it is opening an office in downtown Detroit.

The Detroit location, which will be FTCH’s ninth office in an operation that spans Michigan, Indiana, and Ohio, is officially slated to open this summer at 1001 Woodward Ave. (at Michigan Avenue).

The firm says that four new engineers and scientists, along with support staff, are expected to be hired. The new office will plan, execute, and oversee design, engineering, construction, and environmental sustainability projects for Detroit-based clients, and eventually total around 20 employees.

Current projects for the Detroit office include a study for rainwater harvesting from the roof of Ford Field and reusing it for irrigation and grey water, as well as replacement of Martin Luther King Jr. Blvd. over the Lodge Freeway (M-10), and associated improvements such as extending the ramp north of the Lodge to Grand River Avenue.

The Lodge project, including traffic signal replacement, signage upgrades, and total rehabilitation of Grand River Avenue from Cass Avenue to I-94, is expected to significantly improve traffic flow in anticipation of increased vehicle traffic due to the addition of Little Caesar’s Arena and other attractions in Detroit’s new stadium neighborhood, The District Detroit.

Little Caesars Arena, located at Woodward and Henry Street, is scheduled to open in September. It will be home to the Detroit Red Wings, Detroit Pistons, and serve as a venue for concerts, conferences, and other activities.

The Detroit office will be led by Regine Beauboeuf, who was named director of client services.