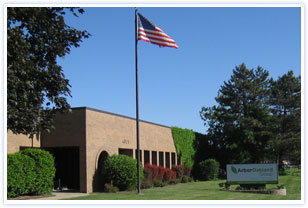 Royal Oak-based printing company ArborOakland Group has announced the acquisition of Utley Brothers Printing, a 70-year-old family company located in Troy. The acquisition resulted in the move of 30 employees and more than 50 pieces of production equipment to the Royal Oak facility.

“The acquisition of Utley Brothers Printing was relatively easy compared to actually integrating the two companies equipment, inventory, and most importantly, it’s people,” says Don Kirkland, president of ArborOakland Group. “With the size of business Utley Brothers, producing in excess of 2.5 million business cards per week, we knew this was not going to happen over a weekend, maybe weeks. Instead it took months.”

“The opportunity to become a part of ArborOakland Group meant our family’s 70-year-old legacy was on a solid foundation while at the same time being able to offer our customers an extensive range of marketing capabilities in a fast-moving world,” says Harrison.

Terms of the transaction were not disclosed. More information about ArborOakland Group can be found here.