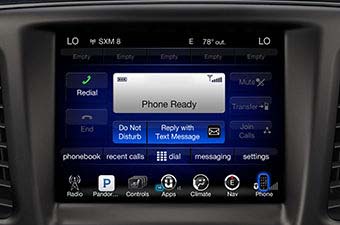 “With the addition of the Siri Eyes Free feature for later model-year vehicles, more customers will have an opportunity to integrate their iPhones with Uconnect while keeping their hands on the wheel and their eyes on the road,” says Tricia Hecker, global head of connected services at FCA.

Hecker says drivers can push and hold the voice recognition button on the steering wheel until the Siri screen appears on the touch screen. Drivers can then place a phone call, access turn-by-turn directions, set calendar entries, among other options.

IN RELATED FCA NEWS, the automaker announced today that Doug Ostermann has been appointed FCA group treasurer. In this role, he will be responsible for all treasury activities globally and will report directly to the group chief financial officer. Ostermann is also appointed ad interim NAFTA Treasurer.

Ostermann previously was the vice president of mergers and acquisitions, business development, and global credit at Archer Daniels Midland Co.

In addition, Ferrante Zileri has been appointed assistant group treasurer, with responsibility for European treasury and for group financial markets.