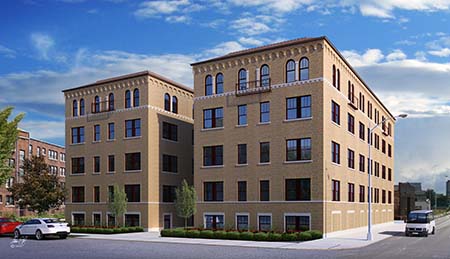 The apartment industry contributed nearly $7 billion to metro Detroit’s economy in 2013, and supported 77,000 jobs, according to the latest figures available released today from George Mason University’s Center for Regional Analysis.

Overall, the total economic contribution of the apartment industry and its residents in Michigan totaled $14.9 billion and supported 165,800 jobs in 2013. “The rental boom — both locally and nationally — has been fueled by demographic changes like the growing Millennial population and a rediscovery of metropolitan urban cores,” Scott says.

Apartment construction in metro Detroit contributed about $111 million to the economy in 2013, while apartment operations added $1.5 billion.

The city of Detroit is seeing more young people move to apartments in the downtown and Midtown areas. In the past few months, many major redevelopment and construction projects have been announced, such as Midtown’s Strathmore Hotel redevelopment into an apartment complex with affordable housing, and a $20 million redevelopment project of the former Professional Plaza Building in Midtown Detroit into a residential tower.

The National Multifamily Housing Council and the National Apartment Association commissioned the research.