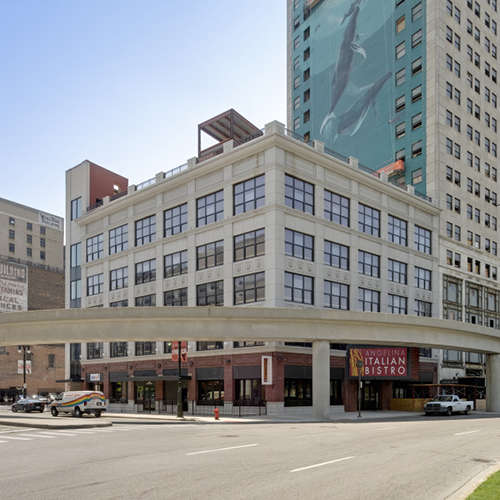 One startup business in Detroit will win $100,000 later this month when investor and former AOL chairman and CEO Steve Case kicks off the four-city ‘Rise of the Rest’ tour that will highlight emerging entrepreneurial ecosystems.

“Rise of the Rest will be featuring some of the best startups in the region, showing that entrepreneurship isn’t just happening in Silicon Valley,” says Jake Cohen, a partner at Detroit Venture Partners, a venture capital firm in the Madison Building in downtown Detroit. “It’s happening all over the country.”

The four-day bus tour — also scheduled to visit Pittsburgh, Cincinnati, and Nashville — will kick off in Detroit on June 24, beginning with a fireside chat at Grand Circus, a tech training institute in the David Broderick Tower. There, Case, CEO of Washington, D.C.-based Revolution, and Dan Gilbert, founder and chairman of Quicken Loans, will discuss Detroit’s startup ecosystem.

The tour will then walk to the neighboring Madison Building, where selected startups will participate in a pitch competition, each vying for the $100,000 grand prize. The evening will close with a networking event, hosted by Google for Entrepreneurs, on the rooftop of the Madison, which was once attached to a movie palace.

“It’s interesting — I’ve watched (Case) on CNBC and heard him speak in Silicon Valley,” Cohen says. “And when he talks about the rise of entrepreneurship across America, he tends to focus on Detroit. He’s been a real advocate for this city, so we’re really excited for him to come.”

To apply for the Detroit pitch competition, click here. Applications are due Sunday.

For more information about the tour, visit riseoftherest.com.