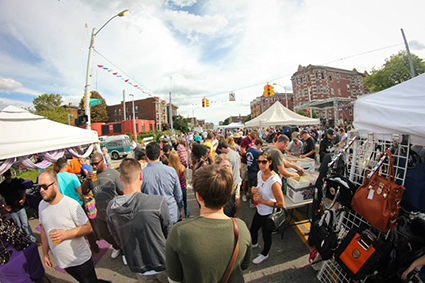 The Dally in the Alley, an annual festival with live music, art, vendors, and food, will celebrate its 38th anniversary Sept. 12 in Detroit’s storied Cass Corridor.

The festival, a fundraiser for the North Cass Community Union, has some changes this year after experiencing an electrical transformer fire in 2014.

This year, more space will be made available inside the alley and expanded borders including fencing around the perimeter with two dedicated entrances.

The festival continues to pride itself in staying true to its core mission of celebrating the area that it takes place in: the Cass Corridor.

The event is held in Detroit’s North Cass neighborhood, between Forest and Hancock, Second and Third from 11 a.m. to 11 pm. Sept. 12 (rain date is Sept. 13).