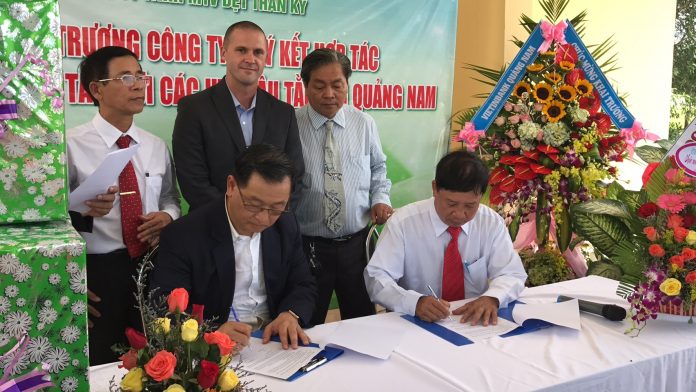 The collaboration with local farmers is an element of Kraig Labs’ commercialization strategy, integrating advancements in high-tech agriculture and a diverse supply base with the company’s spider silk production technology.

“The strength of our approach in creating cost-effective and commerciality scalable spider silk has always been based on the use of the existing silk infrastructure,” says Jon Rice, COO. “Today’s announcement, that we are developing collaborative relationships with these farming cooperatives, is a perfect example of that strategy put into action.

“These efforts will provide us with sufficient mulberry to meet our production expansion plans for the next several years. In the coming months, we expect to expand this model of collaboration by incorporating efforts with downstream processors such as reeling and thread finishing.”

Prodigy Textiles signed three memorandums of understanding with independent farming cooperatives at a signing ceremony at its new facility, which is also located in Quang Nam province.