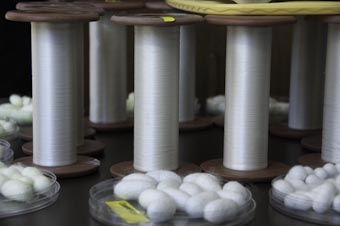 The company is preparing to assemble the material into finalized ballistic shoot packs in compliance with U.S. Army specifications, and the material is slated to go through ballistic performance testing to evaluate its potential for protective apparel applications under the company’s contract with the Army.

“Dragon Silk, which started as a simple idea in the lab for a better-performing silk, is now on the verge of demonstrating its capability to provide lifesaving performance blended with high flexibility and user comfort,” says Jon Rice, COO.

In April, the company announced it had received an investment registration certificate for the establishment of a Vietnamese subsidiary, Prodigy Textiles Co. Ltd. Tapping into Vietnam’s extensive silk production infrastructure, Kraig Biocraft plans to expand its distribution and grow sales throughout Asia and elsewhere.