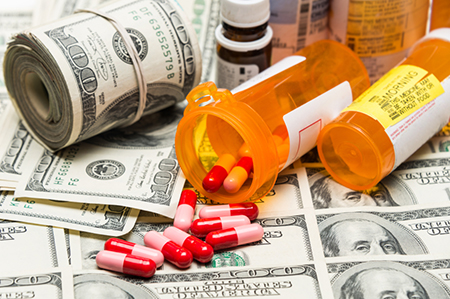 The health care industry added 22,600 jobs nationally last month, bringing the 6-month average job gain to 26,000, about 50 percent higher than the previous 12 months, according to Ann Arbor-based Altarum Institute. The nonprofit research and consulting firm plans to do further research into whether the growth took place primarily in states that offered expanded coverage through the Affordable Care Act or Obamacare.

“Two months ago, we were seeing no acceleration in health care employment,” says Charles Roehrig, director of the Altarum’s Center. “However, with the upward revision to July and strong August and September growth, the picture has transformed into a significant jump in the second quarter that has continued through the third quarter. We are looking to see if this growth has been concentrated in states that embraced expanded coverage under the Affordable Care Act.”

Continued growth seems likely, analysts say, as the August job openings rate of 4.3 percent in health care and social assistance is the highest since before the recession. What’s more, the Obama administration delayed several costly programs of Obamacare to 2015 in a bid to minimize scrutiny leading up to the November Congressional elections.

Other indicators of growth include health spending in August, which grew 4.9 percent over last year. None of the increase is due to health care services, where spending growth has been essentially flat. Though, more than half the increase can be attributed to prescription drug spending, the report says.

IN OTHER HEALTH CARE NEWS, a new report released by Lansing-based nonprofit Cobalt Community Research sheds light on public employers’ implementation of the Affordable Care Act and the efforts to manage health costs and other post-employment benefits liabilities.

The report details survey results based on experiences and efforts of 1,536 municipalities, school districts, state governments, and others from across the U.S.

Here are some of the findings: