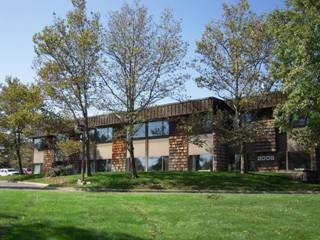 Following a change in ownership and management, Ann Arbor’s former Hogback Officenter, a seven-building office complex at Hogback Road and U.S.-23, has been renamed Atria Business Park and is looking to fill its 20 to 25 percent vacancy.

Previously owned by the trust of the late Donald Van Curler, the complex was sold last fall to a trust owned by local accountant John Sposito, says Brendan Cavender of Colliers International Ann Arbor, who along with Richard Timmons is leading the current leasing efforts.

“There were some amenities that the building didn’t have (prior to the transaction), and a big one was high-speed Internet,” Cavender says. “All of the tenants wanted it, so (Sposito) made the commitment to bring that in and upgrade the business center, conference rooms, and other shared areas.”

Since Colliers took over the leasing efforts, about seven new tenants have moved into the park, including a new law firm, accountants, and doctors. Ideation — which provides catalog and marketing services to independent gift, toy, and fashion retailers nationwide — moved into about 5,000 square feet of space.

The complex, located on 15 acres of park-like grasslands, consists of 130,000 square feet of rentable office space. Each of the buildings has a large central atrium with common amenities and mature foliage.