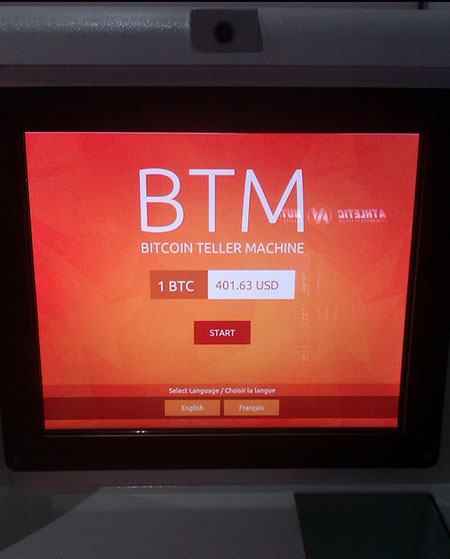 Ann Arbor-based Bitcoin Brands plans to open an ATM for buying Bitcoins in the metro Detroit area within the next two weeks, as part of a new partnership with Midwest Bitcoin in Chicago.

“The word ATM is sort of a misnomer, because it’s really a vending machine or dispensing machine,” says Peter Klamka, CEO of Bitcoin Brands, which has four ATMs in Montreal. Customers insert U.S. currency into the machine and will receive either a credit card or alert on their phone regarding the digital currency.

By the second quarter of next year, the companies will have installed at least 10 ATMs in Michigan, Illinois, Indiana, and Ohio. Some will be in metro Detroit, and another will be in East Lansing, says Klamka, noting that there are about 300 Bitcoin ATMs worldwide.

The partnership with Midwest Bitcoin is part of Klamka’s overall plan to build a national Bitcoin network by partnering with local and regional operators.

People can use Bitcoin to make online purchases or send money to friends and family overseas. Some do it for speculative investment purchases, says Klamka, noting that one Bitcoin is worth about $378 but varies like any other currency.

While interest in Bitcoin is growing — Microsoft began accepting the digital currency for certain products today — Klamka says that he believes it will take a significant push to make Bitcoin mainstream, and compares the concept to the Internet in 1994.

“But that’s not to say there isn’t opportunities in specific niche markets where you can develop a business,” Klamka says, pointing specifically to the emerging medical marijuana industry. “If you’re a legal medical marijuana dispensary, whether it be in Michigan or California or Oregon, you cannot accept Visa or Mastercard. But you can accept Bitcoin.

“So even if Bitcoin doesn’t become the next PayPal, there will see be five to six markets where it will be successful.”