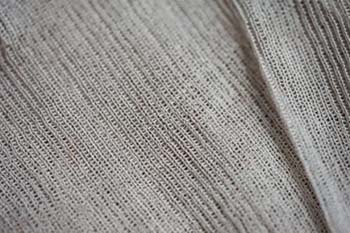 Ann Arbor-based Kraig Biocraft Laboratories Inc., a developer of spider silk-based fibers, has created four new lines of silkworms that provide high levels of durability and are designed for use in performance apparel and ballistic protection.

“These are the most complex genetic constructions that we have ever created in the company’s history,” says Jon Rice, COO of Kraig Biocraft Laboratories. “In some cases, these designs took more than 12 months to perfect and we are just now able to confirm that this work has resulted in successful transgenics (a genetic engineering process that removes genetic material from one species of an animal and adds it to a different species).”

Kraig Biocraft uses domesticated silkworms to produce genetically engineered spider silk. Rice says the silk produced by spiders is stronger and tougher than steel, and can be used for a wide range of military, industrial, and consumer applications.

“This work represents a significant breakthrough in our efforts to bring transformative technical fibers to market,” Rice says.

He says over the next several months, Kraig Biocraft will start testing each of the newly created transgenic lines to measure their performance and use for targeted application.