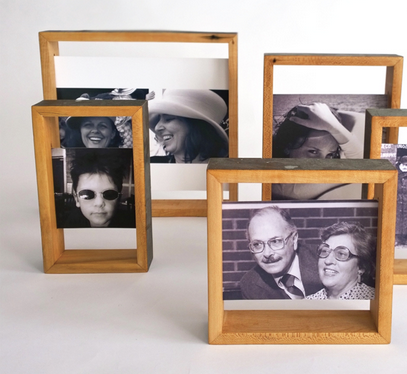 Ann Arbor-based Urban Ashes, a company that uses reclaimed wood to make furniture and picture frames, has expanded with a move into a new production studio and showroom.

“By Urban Ashes bringing all of our labor in house and expanding into our new production facility, it made it possible for us to break the ceiling of limitations we had hit in our previous situation,” says Paul Hickman, founder of Urban Ashes. “This move created a much more dynamic environment for our crew to develop more completely as individuals with a true investment in the company as a whole.”

Urban Ashes has moved into a new production studio on the south side of Ann Arbor shared with local manufacturer Leon Speakers, and hired five new employees with the expansion. Urban Ashes, founded in 2009, now has about 220 retail partners across 42 states.

The company, which manufactures ready-made photo frames as well as custom-designed frames and furniture, has unveiled two new products to coincide with the expansion, including a suspension photo frame made with reclaimed maple floor boards from buildings in the metro Detroit area and trays made with vintage plaster lath boards.

Urban Ashes products are available at the Art & Frame Station in Birmingham, Detroit Mercantile in Detroit, State of the Art in Ferndale, Our Greentopia in Berkley, and Essence on Main in Clarkston, among other locations across the region.

The company has also partnered with Just Salad, a restaurant chain with locations in New York City, Chicago, and New Jersey, to manufacture their tabletops and frames. â€‹