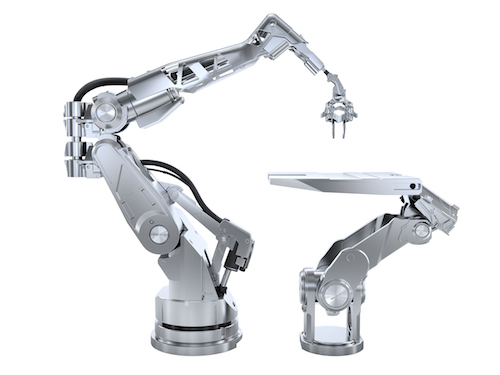 The Robotics Industries Association, an Ann Abor-based advocate for safety and innovation in robotics, today announced the North American robotics market broke all-time records for orders and shipments in 2016.

During the year, 34,606 robots valued at approximately $1.9 billion were ordered in North America, representing a 10-percent increase in units over 2015. The automotive industry experienced another strong year with robotics orders increasing 17 percent.

In addition, units shipped to North American customers also grew by 10 percent, with 30,875 robots valued at $1.8 billion shipped in 2016. Shipments into the automotive market grew 25 percent relative to 2015.

“Automation played a vital role in spurring economic growth in North American manufacturing and services industries in 2016,” says Jeff Burnstein, president of the Association for Advancing Automation, which RIA belongs to. “We anticipate accelerated growth based on smarter, more connected, and more collaborative robots in the coming years.”

Orders for robots also increased 61 percent in assembly applications and 24 percent in spot welding. The food and consumer goods industry increased orders for robots by 32 percent in 2016, where they can be used to improve food safety, perform repetitive primary packaging tasks such as bin-picking, tray loading, and bottle handling, and assist with secondary packaging such as case packing, bundling, bagging, and palletizing.

After its most successful year in history, the robotics vision and motion control industries are preparing to come together for Automate 2017, North America’s largest automation exhibition and conference from April 3-6 in Chicago. Over 300 exhibitors and 20,000 attendees are expected to gather, including corporate decision-makers, industry analysts, and the media.