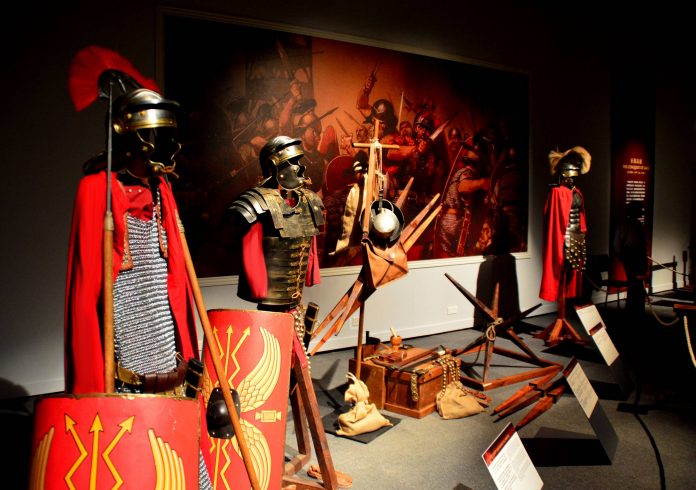 Gladiators, Centurions, and Julius Caesar will come to life next month at the Cranbrook Institute of Science in Bloomfield Hills. Starting Feb. 3, the museum will host Ancient Rome: Age of the Caesars, a family-friendly, interactive exhibit that will feature machines, art, and artifacts.

“This exhibit provides families with a rare and unique look into Ancient Rome and how its inventions impacted the world we live in today,” says Michael D. Stafford, director of the Cranbrook Institute of Science. “Adults can experience the feeling of being a Roman legionnaire, interact with and use functional antique Roman technology, and children will be enamored with the games, hands-on activities, and the indomitable gladiators. There is truly something here for everyone.”

Children can play and learn the way Romans did by visiting various stations throughout the run of the exhibit, including:

The exhibit is open during regular business hours and is an additional cost ($6 – $8) to general museum admission. For information on hours and pricing, visit: https://science.cranbrook.edu/visit/admission.