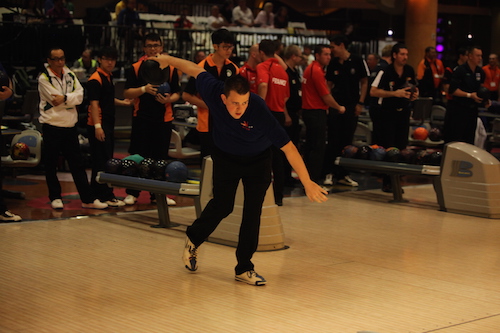 The Detroit Sports Commission has named Allen Park-based Thunderbowl Lanes as the host venue for the 2018 World Bowling Youth Championships. It will mark the first time that Michigan has held a World Bowling championship event.

More than 300 bowlers under the age of 21, representing 40 different countries, will participate in the championship series, which runs from July 26 to Aug. 3.

“Bowling has a rich heritage in our state and region, and the decision made by World Bowling to bring this premier youth tournament to metro Detroit is a testament to that,” says Dave Beachnau, executive director of the Detroit Sports Commission. “We look forward to partnering with World Bowling and Thunderbowl Lanes to create an unparalleled experience for the participants.”

Built in 1962, Thunderbowl Lanes features 90 lanes, making it the largest bowling center in the United States, Beachnau says. It is also home to the Greater Detroit Bowling Association Hall of Fame.

“World Bowling is excited that our youth bowlers will have the opportunity to compete in America’s heartland of bowling and experience this historic bowling center,” says Kevin Dornberger, CEO of World Bowling. “It’s the perfect setting to host our premier youth tournament.”

The Detroit Sports Commission was awarded the bid for the youth championship in 2014.