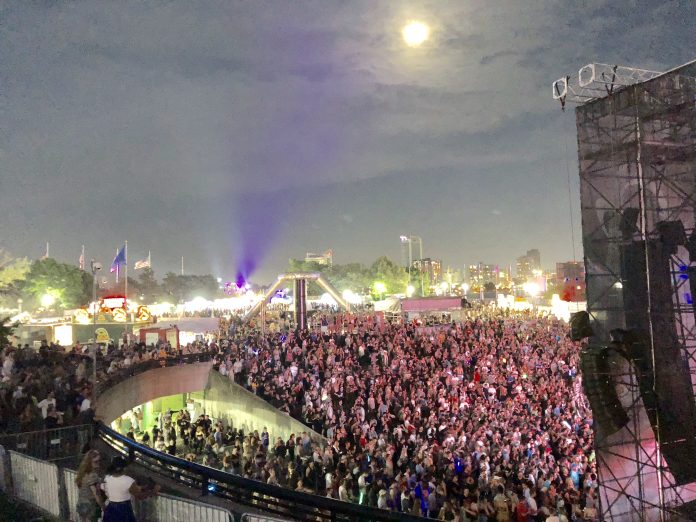 Airbnb, an online hospitality company, today reported it set a record for the number of guests that used its digital lodging platform in Detroit, citing the Movement Music Festival held at Hart Plaza over the Memorial Day weekend as the largest contributor to reaching the benchmark.

According to Airbnb, a record 1,700 guests were welcomed during the Movement weekend, and host homeowners earned a combined $283,000 in supplemental income. The company stated it was by far the largest influx of guests to Detroit in the history of its platform, which was launched in 2008.

The economic infusion came as hotels in and around Detroit reached peak occupancy due to the festival, which drew more than 75,000 people over the three-day weekend. The festival is the largest event of its kind in the world, and features Techno music, a genre that was started in Detroit.

“Home sharing helps Detroit substantially expand lodging capacity and take full economic advantage of huge events like Movement,” says Will Burns, director of Airbnb Midwest Policy. “Our host community stepped up in a big way to serve as ambassadors for their city this past weekend.”

Michael O’Callaghan, executive vice president and COO of the Detroit Metro Convention and Visitor’s Bureau in Detroit, says the annual festival is one of the most popular events in the region. “The Movement weekend is an example of another successful music event taking place in Detroit, and fulfilling the dream of making Detroit the summer outdoor music festival capital of the region,” he says.

In addition to driving hotel and lodging business, the city also benefited from increased ancillary expenditures, says Adrian Tonon, Detroit’s director of customer service. “Movement is a key contributor to Detroit’s tourism and nighttime economy,” he says. “The city is abuzz with activities all weekend long, including restaurants, nightclubs, lodging, transportation, and much more.”

The Movement Music Festival, one of the longest-running dance music events in the world, is owned and produced by Paxahau in Detroit. The company, based in Corktown, specializes in producing music festivals and events. Paxahau was established as a promoter and online resource to showcase electronic music culture in Detroit.

“This is a proud time in Detroit to see all this information gathered in one place, and further demonstrates the reason we are so passionate about promoting Detroit music and culture,” says Jason Huvaere, president of Paxahau. “We are grateful for all of our hotel and transportation partners for another successful weekend in Detroit.”