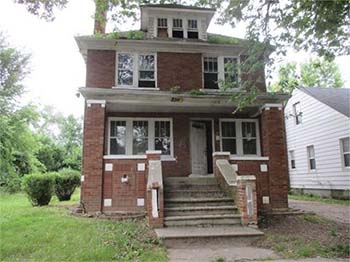 The AFL-CIO Housing Investment Trust today announced a $30 million investment to acquire and repair up to 300 abandoned homes and properties in Detroit.

“It is wonderful to see the AFL-CIO, an organization that played such an important role in building Detroit, investing so much to help build Detroit again through the Housing Investment Trust,” says Detroit Mayor Mike Duggan. “This will create jobs and training opportunities to Detroit residents, and will do so much to strengthen our neighborhoods.”

The investment company will create a program to acquire, repair, and finance abandoned homes and properties in the Detroit Land Bank Authority’s inventory, and will use union labor over the next three to five years for the projects.

Richard Trumka, AFL-CIO president, says the program will initially focus on homes in Detroit’s Bagley, Shultz, Crary/St. Mary’s, and East English Village neighborhoods, but will expand to include Grandmont Rosedale and other neighborhoods. The neighborhoods will also have union apprentice programs aimed at providing union construction jobs for Detroit residents, especially minorities and women.

“In addition to providing an investment that will lead to the creating of more workforce housing, this project will provide employment opportunities for residents of Detroit, while also revitalizing neighborhoods by giving life to vacant and abandoned properties,” says Eric Price, executive vice president of the company.

Detroit-based Jenkins Construction, the nonprofit Building Detroit Futures, and Southwest Housing Solutions are all partners in the program, among other groups.

The Detroit City Council on Tuesday will vote on the program.