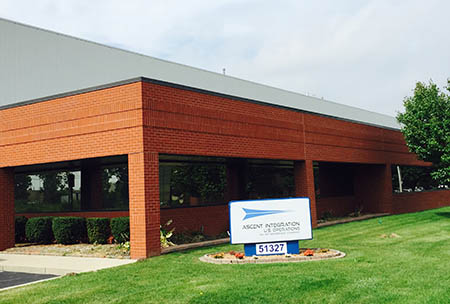 Ascent Aerospace, a global provider of aerospace tooling systems with its U.S. operations in Macomb Township, has added a 40,000-square-foot building next to its existing facility. The added space will be used to design and manage the production of assembly lines for aerostructures.

The state of Michigan is ranked as the No. 2 state in the country for aerospace manufacturing facilities, according to a report released in August by PwC, a London-based auditor. There are more than 230 aerospace companies manufacturing in Michigan.