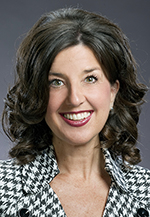 Seven members were appointed Thursday by the state and the city of Detroit to the Belle Isle Advisory Committee to implement the master planning and improvements for Belle Isle as it transitions the island into a state park in February.

“Partnerships are the key to success on Belle Isle,” says Keith Creagh, the director of the Michigan Department of Natural Resources. “Many businesses and nonprofit groups — as well as the local, state and national government — have already stepped up to partner with the state and the city of Detroit to help improve the park. The newly formed committee will be a key advisor as we work together to enhance Belle Isle’s world-class status.”

Michele Hodges of Grosse Pointe Park, president of the Belle Isle Conservancy, will serve as chair of the advisory committee. Along with the DNR, Hodges will provide an annual report about the park to Detroit’s mayor and city council.

The other committee members include:

In collaboration with the advisory committee, the state will work cooperatively with the Belle Isle Conservancy and other partners to develop and improve the park, which will become Michigan’s 102nd state park by Feb. 10.

At the culmination of the park’s 90-day transition period, the city will maintain ownership of Belle Isle while the DNR will assume responsibility for managing the park according to the high standards of its award-winning state park system. The Michigan Department of Transportation will take on responsibility for roads and bridges.

The city will retain ownership of he part, but will lease it for 30 years to the state, which it says will save Detroit an estimated $4 million to $6 million a year, say DNR representatives.