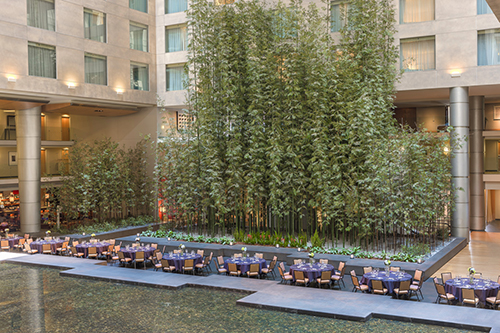 Five restaurants and 16 hotels in Michigan today received the 2014 AAA Four-Diamond Award, based on excellence in the hospitality industry.

Chuck Skelton, president of Hospitality Advisors Inc. in Ann Arbor, says the honorees in metro Detroit — including the Townsend Hotel in downtown Birmingham and The Inn at St. John’s in Plymouth Township — represent some of the best quality within the city. He adds the Westin Detroit Metropolitan Airport Hotel is a relative newcomer, having opened in 2003, but has served to sap away business from Dearborn hotels that used to be the “airport hotel supply.”

James Lark, owner of The Lark in West Bloomfield — a winner of the four-diamond award for 25 consecutive years — says his restaurant focuses on the three things that AAA looks for: “Atmosphere, service, and cuisine. We concentrate on those three. …We feel very proud to earn (the award),” he says.

The awards will be presented at a luncheon by AAA Michigan on March 10 during the 2014 Pure Michigan Governor’s Conference on Tourism at the Grand Traverse Resort and Spa in Acme, near Traverse City.