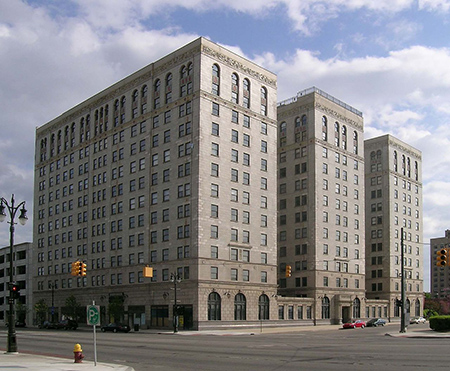 Midtown Detroit Inc. today announced several new additions to its neighborhood, including the 8 Degrees Plato Beer Co. and a new clothing store from the owner of The Peacock Room in the Park Shelton.

In addition to its current store in Ferndale, 8 Degrees Plato Beer will set up shop — complete with a 15-barrel tap system featuring both local and global craft beers — at 3401 Cass by early next year.

As noted on the business’ website, “We are looking to still remain a beer store first, but you will be able to have a beer while you shop or take home a growler.”

Additionally, the brewpub Hopcat is set to open Nov. 15 at 4265 Woodward Ave.

Within the Park Shelton, at 15 E. Kirby St., the owner of The Peacock Room will open a second accessories and clothing store, this one name Frida, after the famed artist Frida Kahlo. The store will feature women’s clothing with modern and bohemian influences.

Also new to the neighborhood is Quetarshe Textiles Boutique and Studio, located with a Victorian house at 4246 Second Ave. The studio creates textiles and decorative arts for residential, public, and fashion use.

At 4225 Third St., brothers Erik and Israel Nordin — two of the founders of the Detroit Design Festival — will open a studio space, gallery, and outdoor sculpture garden.

According to Midtown Detroit, “the brothers … have created prominent artworks including the blown glass aquarium in the Quicken Loans World Headquarters, the sculpture in the front of the Whitney, and the Dburst sculpture that is dropped over the city for the New Year’s celebration. This new space will allow room for larger sculptures to be displayed and allow them to grow their team of artists to offer more services in object creation, design and consulting.”