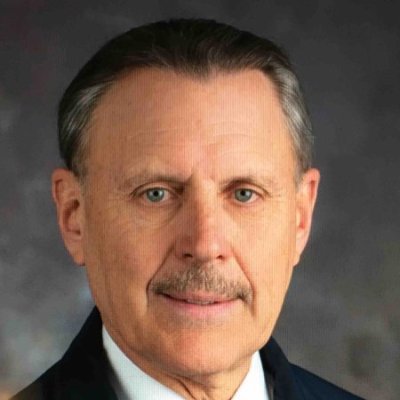 John Rakolta Jr., chairman and CEO of Walbridge in Detroit, one of Michigan’s largest construction firms, spoke with DBusiness Daily News about the company’s success and the future of the industry. On May 18, he will be presented with a Lifetime Achievement Award from Urban Land Institute Michigan at the Westin Book Cadillac Hotel in downtown Detroit.

JR: I first started working at Walbridge in 1959 as a 12-year-old working in the yard, so the company has been part of my entire life. My father was the president, CEO, and owner prior to me, and he was the sixth owner of the company, which happens to be turning 100 years old (this year). The question was how do you increase sales to that degree, and the answer is you deliver world-class services. I know it’s a rather trite answer, but it really comes down to what customers want in this world, and in my particular industry, construction, they want three basic deliverables: price, schedule, and quality. If you can deliver those three things consistently and in a world-class fashion, you can have as much business as you want.

JR: That then translates into you need people that can do those things. You also need to supplement the services with what we call “added value features,” and in our case there are three that really stand out. The first is safety, which is an extraordinarily important aspect of construction today. No clients want to have an injury, or worse yet, a death, on their project, so safety becomes a hallmark of what we provide. The second thing is value engineering, and with so much emphasis on price today, trying to economize and build a building in a way that provides the client with something that exactly matches their needs is important, and to that degree, the more you can offer, the more valuable your service is. Finally, I call the last thing community support, and it’s a hallmark of the philosophy and the core values of a company and how they treat the community at large. All of our customers ask for our community involvement reports, showing them what kind of involvement we have in the community. In order to grow this much, you need to have a team of the best people, and these core values are what’s going to cause the best and brightest to want to work with you. Our core values are really about who owns the company.

JR: Our core values are really about who owns the company. Traditionally, you would say the shareholders own the company, but we took that concept and expanded it, saying, while the shareholders might own the company legally, the company has a much larger responsibility to a much larger constituency. We like to talk about stakeholders, and we believe that all stakeholders have to benefit from the existence of a company for it to thrive, and we don’t want to survive, we want to thrive in the economy. Those stakeholder groups include the shareholders, obviously, but also employees, customers, all of our subcontractors and suppliers, the community, and the environment. We believe that if all six of those shareholders benefit from the existence of our corporation, that we’ll do very well.

JR: There are a lot of changes that have taken place. It’s a very cyclical business and as a result, there are a lot of peaks and valleys with employment. In the olden days, those peaks and valleys caused wages to be extraordinarily high, because it was never guaranteed that someone would work 2,000 hours per year. So the average time that a carpenter would work would probably be 1,500-1,600 hours per year, so their wages were a little higher than people that had more predictability in their job. This is added to the fact that their job only lasted eight or 10 months in any given location, and then you have the weather factor, it’s not the easiest thing in the world to work outside in January and February, so all that equated in the 40s, 50s, and 60s to a nice, high-paying job. But during the recession, the number of man hours feel even further, and the industry wasn’t capable of providing anymore increases, so over time, those wages have, to some degree fallen back a bit. Those requirements have caused lower numbers of people entering the apprentice programs, so today we find ourselves with a shortage of good, qualified, trained manpower. As far as emerging trends today, the jobs are also managed completely differently, and the digital era has taken hold of construction. Everything used to be done on paper and that’s all been replaced by almost everything being done graphically and digitally. It has taken a lot of costs out of jobs, we don’t use as much paper, and we have everything at our fingertips in real time. The second thing that’s changed the industry are smart gadgets, especially the smartphone. Today, virtually every worker on a job site has a phone in his possession, so he or she can access information very quickly, and can record incidents on any site, which has helped with safety, they can photograph anything unsafe happening on a site and instantly send it to the main office and the safety supervisor. These smartphones have really revolutionized the way we do these projects, because we can quickly transmit changes and information right down to the field in real time.

JR: The way I understand it, the lifetime achievement award represents the attributes and giving back to the community that real estate has given, and all I’m doing is exemplifying the core philosophy that the Urban Land Institute has for bettering communities. I’m honored to say the least, and humbled, but as with any award, it’s not just me, it’s the hundreds of thousands of people who are on a team I also serve on. This award isn’t just won by John Rakolta Jr., it’s an award that every shareholder of Walbridge should revel in. It’s also a reflection of the values that all of society has put into me and shown that your parents and your schooling all have a big influence on what kind of a person you turn out to be. Everyone should be proud of the award, I just happen to be the carrier of these core values.