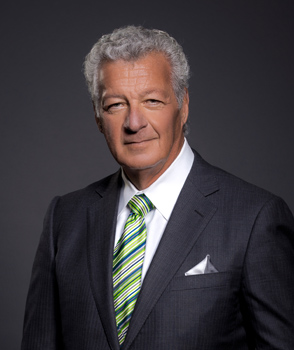 DBusiness Daily News spoke with Sydney Ross, founder of The Garden Party Foundation and co-CEO and owner of Great Lakes Wines and Spirits in Highland Park, about the decision behind forming the organization and why he raises money for trade schools. From 1-4 p.m. Sunday, the foundation will host The Garden Party at Meadow Brook Hall in Rochester Hills. For more information or tickets, visit thegardenpartymichigan.org/.

1. DDN: How did you decide to form the Garden Party Foundation?

(There used to be a foundation called) The Garden Party (which raised money) for the St. Vincent Sarah Fisher Center orphanage in Farmington Hills. The charity eventually (ceased to exist) and then eventually the orphanage closed down. But I really liked the style of the event and there really isn’t anything like that in Detroit. There hasn’t really been any high-end food and wine events. I said, “You know what, why don’t we resurrect that?” Initially, we (held the event) at the Academy of the Sacred Heart (in Bloomfield Hills) and then we outgrew that facility. We got really lucky (and were able to) move it over to Meadow Brook Hall (in Rochester Hills).

2. DDN: How is The Garden Party different from other events in the region?

The event itself is probably one of the neater things, if I do say so myself. First off, it’s a food and wine event, which always attracts a fair amount of attention. The second thing is the quality of the wines and the quality of the restaurants are some of the top restaurants in the state, and I think that it’s some of our better wines that we’re bringing to this event. We’re not bringing in low-end wines. The venue, Meadow Brook Hall, is just gorgeous. The backdrop is of the golf course, and women wear derby wear and the guys dress up, too. It’s just music, food, wine, vintage cars, and a great afternoon.

3. DDN: What does the fundraiser support?

When we first started the event, the cornerstone of it was that all money raised stays in Michigan. I thought that was really important. The first thing we donated to was the Children’s Leukemia Foundation of Michigan and Children’s Tumor Foundation. Because of the nature of our industry, we brought in Oakland Community College Culinary Studies and over the several years, we kept OCC Culinary and the Children’s Leukemia Foundation and then we added Macomb Community College Applied Technical Programs (this year).

4. DDN: Why is supporting trade education in Detroit important?

When you really look at what the lowest denominator is for education, it’s not in fact knowledge, it’s self-sufficiency. The reason you go to school is that so you can actually earn a living. When you look at the urban centers around the United States, as much money as they throw at it, kids are not graduating from high school and then the (students) that are going on to college end up with degrees where they can’t get jobs and they have a lot of student debt. In the meantime, welders make more than $100,000 a year but you can’t find a welder, you can’t find a carpenter, and you can’t find a plumber. If you take urban youths and you put them into an environment and teach them a trade, they can make their own living and go anywhere in the United States. What I’m advocating for is we start creating an environment within the school system where we start these trades earlier, junior high through high school, and by the time they get through it, they have (a skill that) they can earn a living with.

5. What’s the most rewarding part of putting this event together?

I’m really blessed to have great people around me to work on this with. When I go to a lot of events around here, I see me at those events — and I’m 65. But at our event, I’m seeing people in their mid-30s, early 40s. I’m starting to see more and more people come to the event in this age range. I think that’s wonderful. I think people at that age are so engrossed in work and their family life, but they still have to pay attention to charity.