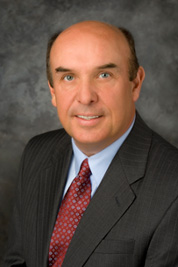 Novi-based Cooper Standard is a global supplier of systems and components for the automotive industry. The company, which employs more than 30,000 people globally and operates in 20 countries around the world, creates rubber and plastic sealing, fuel and brake lines, fluid transfer hoses, anti-vibration systems, and more. DBusiness Daily News spoke with Keith Stephenson, executive vice president and chief operating officer of Cooper Standard, on the company’s plans for the future, innovation in the auto industry, and new technology.

Within our organization, we have a couple of basic goals. One of them is to become one of the top 30 global suppliers based on revenue, and with that, generate outstanding returns to our shareholders. So, anytime you walk into a Cooper Standard facility, you’ll see a sign that says ‘Top 30, Top 5.’ What that (says) to our people is (that) in addition to being one of the 30 largest global suppliers, and today we’re number 61, we have some work to do. Top 5 refers to wanting to be in the top 5 percent from a quality of earnings performance standpoint. To realize that, we’ve established four strategic pillars within our organization. One of them is to service our customers with the highest possible quality products, the second is to have world class operations, the third is to bring innovation to market, which is really critical to our strategy, and the fourth is to have an engaged workforce, to effectively be the employer of choice. The goal, as we think about 2017, is really aligned with those objectives — making incremental strategic improvements towards the ‘Top 30, Top 5.’

I would say it’s more continually striving. The end of this decade or the beginning of the next decade would be a realistic timeframe, and achieving that is going to come through a combination of organic growth, growing our market share with new technology that we’re really excited about introducing, and we also have invested heavily in a global footprint. Given that our customers are global, and global platforms are so important in the auto industry, whether it’s from Michigan, or Germany, or India, or Indiana, we’ve invested in a global footprint to be close to our customer. The other half of our growth is going to come from acquisitions, and we’ve had 10 acquisitions over the last several years, and we plan to keep doing that. I would say, a five-year horizon for that growth , (which would take) us to the end of this decade or early next decade.

If I think about that, I would say in three ways: One, by being a great supplier, to the OEMs that are in Detroit and taking care of our customers there. Second, by really driving innovation and technology. Ultimately that innovation and technology impacts not only the customers at the OEM level, but also the end consumer. So as we drive towards weight reduction, better performance, (and) green products, that has a real value for the customers who are buying the products. The third thing is our commitment to the community. Within Cooper Standard we have the Cooper Standard Foundation. Over the last three and a half years, we’ve donated over $7 million to charity, with over 5,000 employees involved in that activity. Specifically, with Detroit, we’ve partnered with a number of organizations like Say Detroit, which is a Mitch Albom charity where we’ve actually gone in and built homes, and we have a charity called Lace Up Detroit that provides coats and boots for kids in Detroit. We make car parts, but we’re people. We want to be a great supplier, but we want to be a great neighbor and citizen.

That’s a very exciting area for us. About three and a half years ago when we built our ‘Top 30, Top 5’ strategy, one of the things we committed to was putting in place a dedicated innovation team. We took some of our best and brightest people, separated them from the day to day, and we built a process called i3, which stands for imagine, initiate, and innovate. And we basically told this team that we wanted them to help us invent the future, and they’ve gone through a very disciplined process of developing ideas and ultimately now bringing those ideas to market. So we brought what we call Foretrex, which is a sealing technology, and we brought Amorhose, which is a new hose technology, and we brought Megalloy, which is a fuel and break-line technology, and we bought those products to market in the last 12 months or so. Really those products have allowed us to take products that haven’t been innovated in decades and bring real innovation in that area. Quite frankly, we’ve been rewarded with over $170 million in new orders from customers, so that’s an affirmation that those new technologies are really exciting. So this i3 process is something that’s really differentiated about Cooper Standard.

The autonomous vehicles and electric vehicle trend is something we’re definitely involved in. We’re a major supplier for electric vehicle companies like Tesla, and others. We supply a lot of products and work with all the OEMs on their electric vehicle plans, and we’ll obviously be very supportive and very active with the autonomous vehicle industry and autonomous driving going forward. So, it’s a pretty exciting time to be in the automotive space. There’s a lot going on at the OEM level, and at our level, and we feel excited about the future of the industry, as well as how Cooper Standard is, and will continue to be, a very important part of that going forward.